Shmuel Chafets, general partner of VC Target Global, a participant in the funding round, now sits on the board of Auto1 Group. He recently conducted an interview with start-up magazine Gruenderszene.de (here in German). His insights on the company are worth noting, as is the interview in general, as the company historically shies away from media attention. 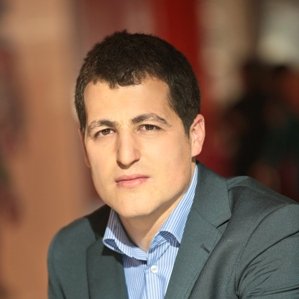 Shmuel Chafets, general partner of Target VC Global (from LinkedIn with thanks)

Target Global, an Israeli VC firm, expects plenty of growth ahead, said Chafets: “We see in Auto1 Group the chance for a European player to dominate a market – and it is a very large market. If you look at where the company is right now, there is still plenty of scope for growth. Only a few segments have this size: when you compare the used-car market with furniture or clothing, you see how big it is.”

He is also impressed with Auto1 Group’s three founders Hakan Koç, Christian Bertermann and Christopher Muhr. “It’s rare you see a team like Auto1’s. They are founders with different strengths, very young and hungry, hard working, but still very modest. That’s not normal in the start-up scene. We are happy we can work with them,” he commented.

Chafets refused to comment on the company’s profitability, whether Auto1 Group’s valuation is justifiable, or whether an IPO may be on the horizon, as has been rumored.

In response to a question about media criticism of Auto1 Group’s subsidiaries — in particular its c-to-b firm WirKaufenDeinAuto.de — Chafets claimed the business is serious. “What I can say, is that we have tested the service several times. For example, friends have sold their autos through the company, and the service is good.” He cited the many satisfied customers on its Facebook page. (WirKaufenDeinAuto’s page has around 64,000 “likes” and 63,000 followers.)

WirKaufenDeinAuto.de and JetztAutoVerkaufen.de, another Auto1 Group company, are dealer platforms that buy autos directly from private sellers. They have been accused of bait-and-switch tactics: offering an attractive price estimate online, but then lowering it when the seller comes to the dealership to complete the transaction.

Chafets has been on the board of two other German platform companies — ReBuy (recommerce) and Dreamlines (travel). He was also a board observer of Visually (a U.S. content marketing platform) and currently serves on the board of Audioteka (a Polish site for audio books). 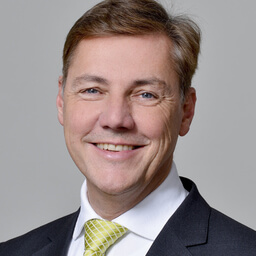 Thomas Becker, head of communications at Auto1 Group (from Xing with thanks)

It’s interesting that Auto1 Group is presumably open to one of its stakeholders speaking publicly about the business. The company is known for flying under the media radar. The founders rarely give interviews or release detailed company data. The corporate website is bare-bones and makes no mention of the myriad of subsidiaries it owns in Europe and the U.S..

It’s perhaps a sign the company is ready to come out from the shadows. A still stronger sign was last week’s announcement that it had appointed its first-ever head of communications. Thomas Becker has taken the job, which includes overseeing communications for Auto1 Group and three of its subsidiaries in Europe: Auto1.com, WirKaufenDeinAuto.de, and Autohero, according to an announcement on PRReport.de (here in German). Becker has held similar roles at consulting firms A.T. Kearney and Capgemini Germany and was most recently with Allgeier Experts, a German IT personnel services company.

This site uses cookies to improve user experience. By using this site, you agree that we can set and use these cookies. If you agree, press "Accept". If you want to know more details, press "Read More". Accept Read More
Privacy & Cookies Policy
Necessary Always Enabled